Soils are generally in an aggregated state, which means the individual particles are stuck together to form clumps. These clumps are known as aggregates or floccules.

Aggregation is dependent on the soil colloids and the cations associated with them. Soil colloids can be in either a flocculated (this means stuck together) or dispersed state. The normal situation is for colloids to be in a flocculated state.

Such aggregates do not move within the soil solution and form the basis for soil structure. When soil particles are dispersed, aggregates do not form, and each particle behaves as an individual. Without aggregation, water, air, and root movement in the soil is greatly restricted. Thus, dispersion is not a desirable characteristic of productive soils.

The type of cations present in the soil solution determine whether a soil is dispersed or flocculated. Sodium cations cause dispersion while calcium, magnesium, aluminium, and hydrogen ions promote flocculation (encourage the soil components to stick together).

Flocculating cations neutralise the negative charge, allowing colloids to stick together and flocculate. The attraction of particular cations to the negatively charged colloids depends on two factors, the hydrated size of the cation and the charge of the cation. These two factors combine to determine the charge density on the cation, in other words, the distribution of charge over the surface of the cation. For example, with the highly hydrated Na+ cation, the hydrated size of the cation is relatively large but its charge is only +1. So that +1 charge has to be distributed over a relatively large area. With such a large cation having such a low charge, the negative charge on the colloids is not sufficiently satisfied and the colloids actually repel one another, resulting in dispersion. 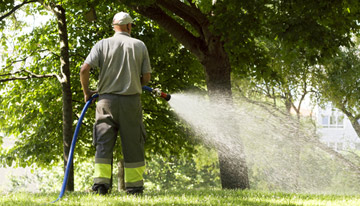