a. List FIVE hazards that could be encountered when handling soil using a mini digger.

b. State FIVE measures taken to maintain biosecurity when handling soil prior to it being stored on a site.

The RHS note that “the first part of this question was to assess the candidate’s understanding of safe soil handling on a large site using typical machinery. The second part requires knowledge of how existing soil on a site is maintained in a healthy state during the initial handling processes… most candidates were able to identify appropriate hazards but there is still confusion as to what a hazard is with some candidates’ quoting problems causing damage to the soil and the environment.” This is a clear indication that the examiners’ were looking for a discussion of hazards to people involved in the work.

The examiners note that this question relates only to soil handling but some students also discussed soil storage issues which could not be awarded marks (examples of issues that should not have been included were temporary crops, length of storage time and dimensions of storage piles.) This is a good example of the importance of reading the original question carefully, it reads: “… when handling soil prior to it being stored on a site.”

Plant Biosecurity can be defined as the prevention of disease-causing agents entering or leaving any place where crops are present (or have been present recently). It involves a number of measures and protocols designed to prevent disease-causing agents from entering or leaving a property and being spread (based on a definition by Defra, 2003). Biosecurity measures may also be employed to prevent the spread of pests and non-native invasive species. This exam question covers all three of these areas. For more information on non-native species visit the
non-native species secretariat.

Soil deserves special mention because it can readily act as a medium for transporting many plant pests including invertebrates in their various stages of development, fungal sclerotes, bacterial spores, nematodes in a resting state and weed seeds of phytosanitary importance. For example, cysts of the Potato Cyst Nematode (Globodera rostochiensis (Wollenweber) Behrens, and G. pallida (Stone) Behrens) nay remain viable in soil for 30+ years.

In order to take effective biosecurity measures we first need to understand how plant diseases spread. Although this varies with each disease, mechanisms that are typically considered include:

Precautions that can help to prevent the spread of disease from one site to another include: 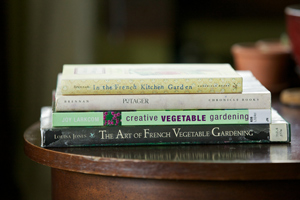