A graft is a union between two plants, the roots and lower stem of one plant (which is known as the ‘stock’ or ‘root stock’) uniting with the shoot of another plant (the scion), so that they grow together as one. The main role of grafting in horticulture is the propagation of trees and shrubs where one or more of the following difficulties prevent easier means of producing planting material.

A mystique has grown up about grafting, but the principle is very simple. The stock and the scion must be related, as a general rule the chance of a successful union increases in direct proportion to the closeness of the relationship. Next, there must be physical close contact, it is the thin living layer below the bark which has to knit together. Timing is important, the plants should be just starting to grow after their winter set, and the union or joint must be protected. This calls for binding with raffia, plastic tape or an elastic tie and then covering the whole area with grafting wax. This will prevent both drying out and infection from air-borne spores.

Although the principle is simple, a large number of systems have evolved over the centuries, saddle grafting, rind grafting, approach grafting, splice grafting and so on. The most popular method is whip and tongue grafting. The stock and scion should be approximately the same thickness, remove the binding material once the graft has taken and new growth has appeared.

Cacti are the easiest group of plants to graft. All you have to do is cut the base of the scion in the form of a V. Cut a corresponding V at the top of the stock and push the two grafts together. Push a few pins or thorns through the union and leave the rest to nature.

Commercial Roses are generally propagated by budding, a form of grafting which is carried out in midsummer rather than early spring. A bud or ‘eye’ of the selected variety is inserted into a T-shaped cut made in the stem of the rootstock, close to the ground for a bush or some distance up the stem for a standard.

Plants raised indoors or in a greenhouse have tender tissues, suddenly moving them indoors in spring means a transition to colder conditions and drying winds for which they are not prepared for. The result of this shock is either a severe check or death of the specimen, depending on the tenderness of the variety.

To avoid this problem there must be a gradual acclimatisation to the harsher conditions to be faced outdoors, a process known as hardening off. Begin by increasing the ventilation during the day in the greenhouse, after which the plants should be moved to a cold frame. Keep the lights closed at night for several days, then steadily increase the ventilation until the plants are continuously exposed to the outside air for a few days before planting out.

Watch the plants during hardening off. If the leaves turn blue or blotchy and growth stops you will have to slow down the process.

I have been involved with the Do-It-Yourself and Gardening industry for over 30 years. So I think now is the time to spread the word a bit about Gardener London, tradesmen within companies operating in the UK. 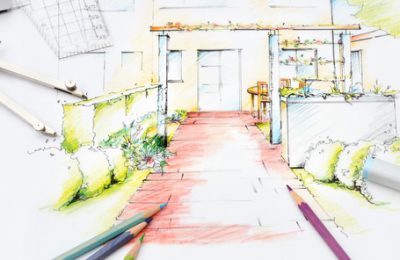