Weather – is the combination of rainfall, temperature, wind sunshine and air humidity which affects your garden at a particular point in time.

Climate – is the summary of the weather which is likely to affect your garden throughout the year. The climate maps of your area should be used as a rough guide only. They provide averages over many years rather than telling you the extremes of weather conditions which you are likely to enjoy (or suffer) during a particular year. In addition, the general climate of your region will be much modified by the factors around the garden (the local climate) and the factors around each plant (the micro climate).

The general climate provides a rough guide to the weather you can expect in your garden. In Britain it varies from nearly sub-tropical (S.W. coastal areas) to nearly sub-arctic (N.Scottish highlands). The general climate is controlled by the latitude, altitude, direction of the prevailing wind and the closeness to the sea. The effect of latitude is obvious to everyone, southern gardens are warmer than northern ones. The effect of being close to the sea is equally well known, western coastal gardens are kept virtually frost-free by the Gulf Stream. Less well known is the effect of small increases in altitude and the plant-damaging effect of salt in coastal areas for as much as 5 miles inland.

The local climate is the modified form of general climate. It is controlled by:

Slope – a south facing sloping site starts its growing season about 1 week before a level plot.

Openness – nearby trees and bushes will cast shade and reduce solar energy, but they will also reduce the damaging effect of high winds.

Proximity of buildings – town gardens are affected in many ways by the closeness of walls, houses etc. Walls cast shadows and so reduce solar energy, they can also cast rain shadows and so reduce rainfall. Walls affect the temperature, heat is released at night and south facing walls can form a sun trap.

Soil type – frosts are more likely to occur over sandy soils than over heavy ones.

Proximity of water – a nearby large lake can have a cooling effect on hot summer days.

Micro climate – The is the modified form of local climate in the immediate vicinity of a plant. Large variations can occur from one part of a garden to another. Nearby walls and hedges or overhanging plants will of course result in less light and less rainfall than in an open garden, the effect of this rain shadow can be to cut the water supply to only 25% of the rainfall in the open garden. On the credit side the effect of nearby walls and plants is to cut the risk of frost on clear, still nights and to reduce the harmful effect of wind. The general climate cannot, of course, be changed. The local climate is usually impossible to alter but they can often be changed by introducing cloches or windbreaks. 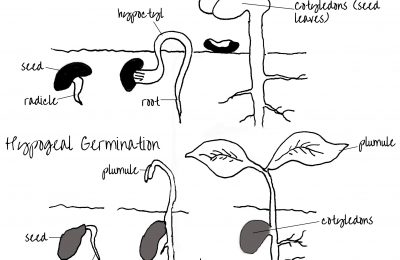