Q.6.a. Describe how the carbon cycle affects the availability of nutrients to plants.

b. Describe how cultivation affects the store of carbon in the soil.

The diagram below summarises the carbon cycle: 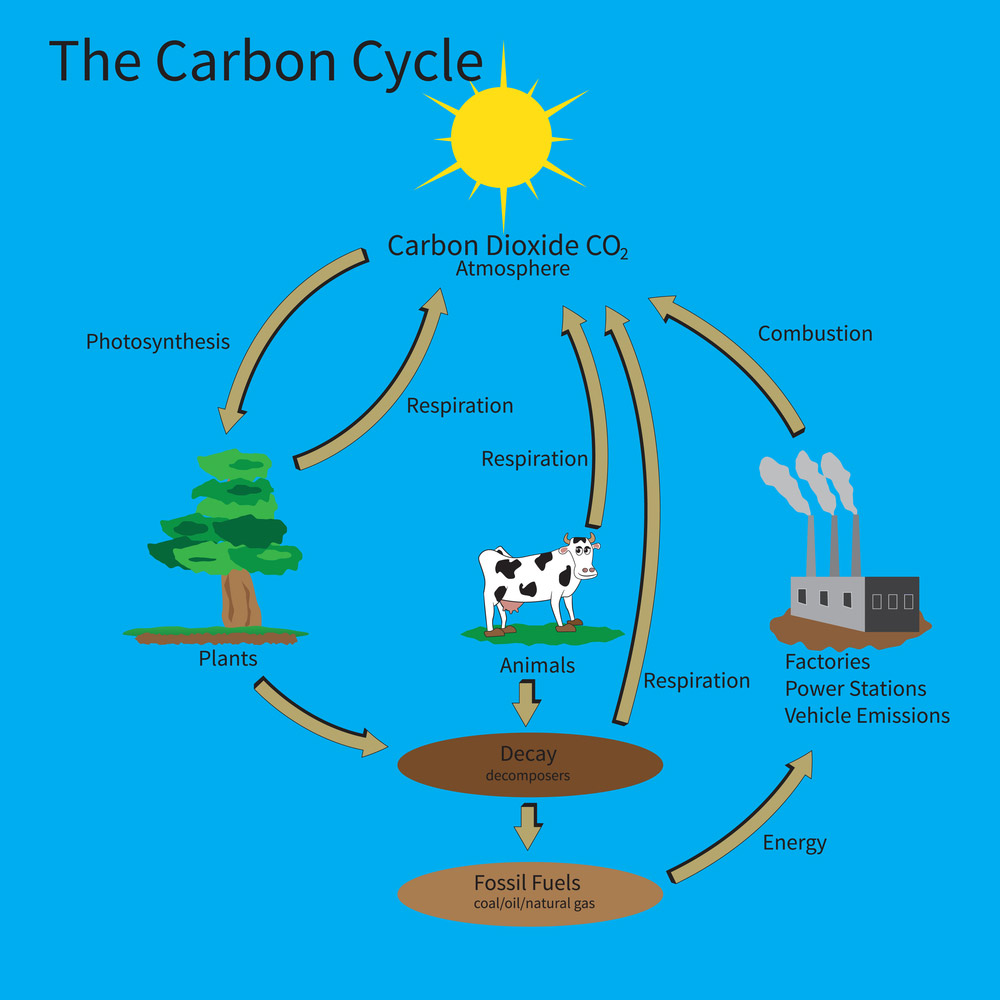 Green plants use carbon dioxide from the atmosphere in photosynthesis. They use it to make carbohydrates which in turn make biomass. This is passed on to animals which eat the plants. The carbon goes on to become part of the carbohydrates, proteins, and fats in their bodies.

When plants respire they release energy from sugars and CO2 is released from the plant as a by-product.

When plants and animals die their bodies are broken down by the decomposers. These decomposers release carbon dioxide into the atmosphere as they respire. All of the carbon dioxide released by the various types of living organisms is then available again. It is ready to be taken up by plants in photosynthesis.

Ongoing decomposition of dead material and modified organic matter results in the formation of humus. This process is called humification. Humus affects soil properties. As it decomposes it increases the CEC (the ability to attract and retain nutrients); and contributes N, P and other nutrients.

Soil organisms, including micro-organisms, use soil organic matter as food. As they break down the organic matter, any excess nutrients (N, P and S) are released into the soil in forms that plants can use. This release process is called mineralization. The organic matter content, especially the more stable humus, increases the capacity to store water and store (sequester) carbon from the atmosphere.

b. Horticultural activity can increase release of carbon from the soil. For example, soil disturbance, such as that caused by digging, can cause rapid respiration and loss of large amounts of soil carbon which would otherwise decompose more slowly.

Adding organic manure to the soil can increase the amount of carbon as well as other nutrients available in the soil.

The RHS examiners noted that “Many candidates drew the carbon cycle and points were awarded if they showed processes in right direction in diagram and related to plants. Points were given only once.

Candidates were expected to understand that soil is a carbon sink and that the release of carbon from the soil can affect fertility. Candidates were expected to understand how cultivation affects this. … Cultivation releases carbon and this is added to carbon dioxide levels and so the greenhouse effect. Acknowledgement of Microbial activity increases and digging in ON during cultivation can increase the carbon content, was also accepted as valid points.”