Many weeds seeds that have lain dormant in the soil begin to germinate once exposed to light during cultivation. When conditions are adequate, buried weed seeds have the potential to
remain viable for 40 years or more. Broadleaf weed seeds tend to last longer in the soil than grassy weed seeds since they usually have tougher seed coats. In most cases, the majority of seeds only exist in the soil for a few years due to germination, decomposition, predator feeding, or other factors. However, because weeds produce so many seeds, a small percentage may remain viable for long-term survival.

Many weeds are prolific seed producers, producing tens or hundreds of thousands of seeds per plant, while most crop plants only produce several hundred seeds per plant. Ephemeral and annual weeds are particularly problematic on newly cultivated soil. e.g. Stellaria media and Cardamine hirsuta. They can be removed by hoeing the plot to kill the newly emerged seedlings.

Herbaceous perennial borders – ephemerals and annuals can also arise in herbaceous borders, but sometimes perennials, such as, Aegeopodium podagraria and Galium aparine establish themselves too.

Ephemeral and annual weeds can be removed by hoeing or hand pulling as soon as they are seen. This can save a lot of hard work later. A thick mulch of chipped bark or compost can also make it much easier to pull out recently germinated seeds in the spring.

The soil in these areas may be infrequently cultivated so perennials such as brambles, Rubus fruticosus, and Bindweed, Calystegia sepium, may become established. These weeds are among the most difficult to control effectively.

Gardeners can begin by removing as many roots as possible by forking them out. If invasive weeds such as ground elder are caught early, their progress can often be stopped. In the case of ground elder, its rhizomes are close to the surface of the soil so it is possible to reduce infestations by removing them carefully with a garden fork. However, eradicating the weed completely is more difficult as even the smallest portion of root left in the soil will result in a new plant.

If the border contains invasive weeds such as ground elder whose roots have intertwined with those of cultivated plants it may be necessary to lift the plants so that you can remove and destroy any pieces of weed rhizome or root from around their roots. Once the plants are clean they can be replanted in clean soil. In the most severe infestations it may be necessary to remove all cultivated plants whilst the bed is cleared of the problem weed. This can be achieved by repeated cultivation, which exhausts the weeds, or by covering the ground with black polythene to starve the weed of light. It may take several seasons until problem weeds such as ground elder are completely destroyed.

Invasive problems such as ground elder and creeping buttercup may require chemical control. It is sometimes possible to treat the foliage of the weeds while protecting the cultivated plants. Gel formulations (e.g. Scotts Roundup Gel) are suitable for this task. If chemical control is necessary, the chemical should be carefully selected as one that is known to work effectively against the problem weed. In the case of established ground elder, for example, it may be controlled by spraying with a tough weedkiller containing glyphosate (e.g. Scotts Roundup Ultra 3000, Scotts Tumbleweed, Bayer Tough Rootkill, Bayer Garden Super Strength or Doff Maxi Strength Glyphosate Weedkiller). Cultivated plants should be protected before spraying, for instance with polythene or by pegging them out of the way.

Apply sprays in mid-summer when there is lots of leafy growth, then reapply if necessary later in the summer. Spraying in the evening is far more effective than spraying during the day as more of the chemical is absorbed by the foliage. If all plants have been removed from a bed, a herbicide such as Bayer Ground Clear may be used. Such treatments can be applied once a season to surfaces where no plants are to be grown, and can also be applied under and around established woody trees and shrubs, including roses. This product kills off existing small green growth and
may prevent or check developing growth of ground elder at the base of hedges or other woody plants.

Many weeds that are problematic elsewhere in the garden, for instance, ground elder, do not survive in lawned areas because they become exhausted by frequent mowings. Weds that cause serious
problem in lawned areas include lesser celandine (Ranunculus ficaria) and slender speedwell (Veronica filiformis). Isolated weeds may be removed by digging. If weeds are identified quickly before they have time to establish themselves, this may be all that is required. If weeds such as lesser celandine have begun to establish themselves, it may be
necessary to returf the affected areas. Lesser celandine can be controlled by selective weedkillers, although it may take two or three applications to do so. Other weeds, such as slender speedwell shows little response to lawn weedkillers, so it may be necessary to reseed or returf affected areas of lawn. 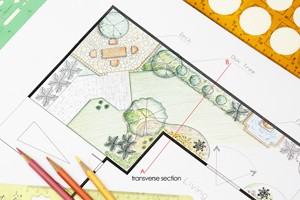