b. Summarise the effects of the ‘rhizosphere’ on plant growth. (3)

a. Almost all candidates were able to define the rhizosphere correctly, but not everyone mentioned the intense biological and chemical activity that occurs in this region of the soil.

b. The examiners noted that in this part of the question, some candidates confused the rhizosphere with pore space in the soil, and for instance, the importance of achieving a balance of air and water. They note: “These are qualities that affect the soil as a whole. The distinguishing feature of the rhizosphere is that it is NOT the soil as a whole but that part of it (no more than 1 – 2 mm thick) which is in intimate contact with plant roots. No plant roots: no rhizosphere. Within the rhizosphere are water, nutrients and exudates from the plant and a complex community of bacteria, fungi and microfauna which are attracted to that nutritious mix. In the main, the micro-organisms and beneficial to the plant, mineralising nutrients, processing complex biochemicals, forming a mycorrhizal associations or undertaking a protective role.”

c. The examiners note that answers to this question needed to go beyond a definition of ectomycorrhizal and endomycorrhizal to explore key features, for instance, the range and type of plants affected, degree of protective function, physical appearance of the infected root or the fungal partner.

The rhizosphere is the zone of soil surrounding a plant root where the biology and chemistry of the soil are influenced by the root. This zone is about 1 – 2 mm wide, but has no distinct edge. It is an area of intense biological and chemical activity influenced by compounds exuded by the root, and by micro-organisms feeding on these compounds.

b. Summarise the effects of the ‘rhizosphere’ on plant growth. (3)

The ‘rhizosphere’ is believed to influence plant growth in a number of ways. The roots exude water and compounds known as exudates, which may include amino acids, organic acids, carbohydrates, sugars, vitamins, mucilage and proteins. These exudates are sometimes described as messengers which stimulate biological and physical interactions between the roots and soil organisms. They modify the biochemical and physical properties of the rhizosphere and contribute to root growth and plant survival.

The rhizosphere is believed to have several functions:

The hyphae of endomycorrhizal fungi enter the root cells. Within this group are a wide variety of mycorrhizae of orchids, Ericaceae and Rhododendron, and a range of herbaceous and tropical plants (including many grasses). The largest group of endomycorrhiza is the arbuscular, or vesicular-arbuscular type of mycorrhiza. The arbuscules and vesicles are structures created by the fungi with the roots of mycorrhizal plants. All arbuscular fungal species form arbuscules (branched structures inside the root cells) at some point in the colonization cycle, but not all form vesicles (oil storage organs in the roots).

In endomycorrhizae the fungal cells are NOT free living and depend totally on the plant for obtaining carbon.

Note: quick diagrams can be a really useful addition to answers where you are trying to explain physical appearance, a process or some other aspect that is easily illustrated. This can add a great deal of extra depth to your answer and shows the examiner your level of understanding very clearly.

Introduction to Mycorrhizae from the RHS. 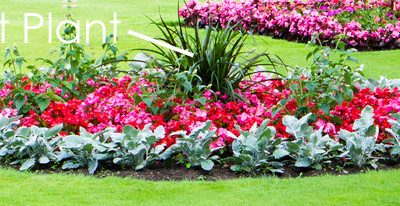