Q.5.a. State what is meant by the ‘plant physiological disorder’. (1)

c.Name a plant susceptible to ‘fireblight’. (1)

Q.5. a. The examiners note that most candidates understood that a plant physiological disorder is caused by a factor which is not a pest or disease but generally a non-living environmental or abiotic factor.

b. The examiners note that most candidates were able to list suitable factors of plant disorders such as high or low temperatures, drought or water logging or nutrient deficiencies.

c. To gain full marks here candidates needed to give the full Latin name of a species susceptible to fireblight. Species from any genus of the sub-family Pomoideae could be mentioned here, for example, Pyrus communis.

Physiological disorder: This is a problem caused by the growing conditions (non-living environmental or abiotic factors) of a plant rather than by pests or disease.

Possible causes of physiological disorders include:

When giving an example in the exam, give a specific named example, for instance, Pyrus salicifolia.

There is currently no chemical control commercially available for fire blight.

Defra also note: “All nurseries selling host plants must be registered and approved for issuing plant passports for the host plants traded. If infection is found in the nursery or immediate vicinity any infected plants must be rogued. In addition, premises registered for issuing plant passports for plants moving into Protected Zones must meet additional requirements including buffer zone freedom. If infection is confirmed on or near registered premises, the PHSI has statutory powers to prevent its spread by removal of the affected plants.” 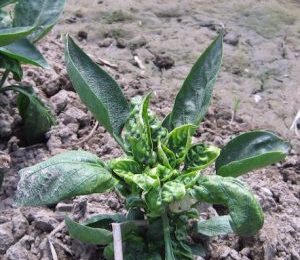