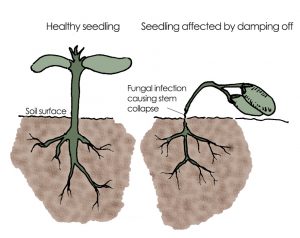 Damping off is a disease of seedlings caused by one of several different fungi that may either be present in the soil or seed-borne.

This condition usually leads to a poor stand of seedlings and may be confused with low seed viability.

If the seedling is infected after emergence, it may not show symptoms until the seedling has grown several centimetres. At this stage of development, symptoms may include stunting, low vigour, or wilting on a warm day. Infected seedlings quickly collapse and begin to decay.

The roots of a diseased seedling typically have some shade of brown or black and evidence of water-soaking. In contrast, healthy roots are fibrous and are usually white or tan in colour.

The most common causes of damping off include:

Rhizoctonia root rot (Rhizoctonia solani) – a fungal disease that typically occurs in warm to hot temperatures and moderate moisture levels. The fungi is found in all natural soils and can survive for long periods. Infected plants often have sunken lesions on the stem at or below the soil surface.

Phytophthora root rot (Phytophthora spp.) enters the root tips and causes a water-soaked brown to black rot similar to Pythium. These fungi can survive for long periods in soil and plant debris.

Several other fungi can also cause similar symptoms. These include: Sclerotinia (white mould), some species of Botrytis (grey mould), Aphanomyces, Fusarium, and Cylindrocladium.

Damping off is more common in conditions of high humidity and poor air circulation. It is also more of a problem when sowing early indoors or under glass.

Damping off is especially damaging in spring when light levels and temperatures are low and seedlings grow slowly, but it may occur at any time of year.

Control of Damping Off

Gardeners can reduce the risk of damping off in a number of ways. Good horticultural practice is particularly important:

As damping off may be caused by a number of different fungi, the possible life cycle of these fungi can best be illustrated using a generalised fungal life cycle, as shown below: 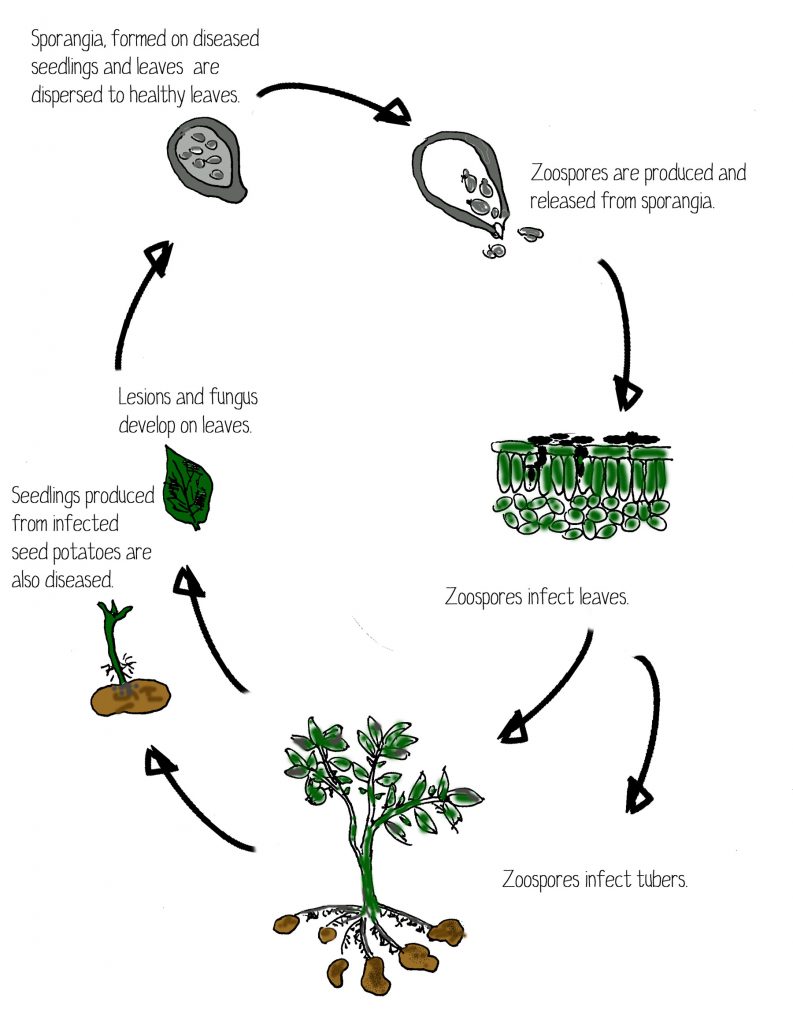